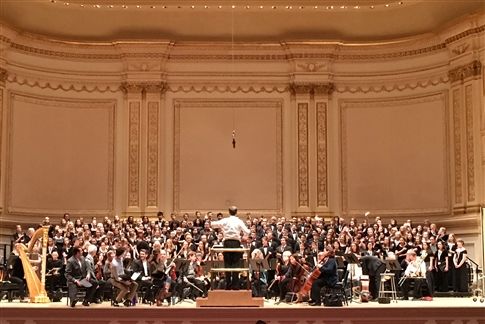 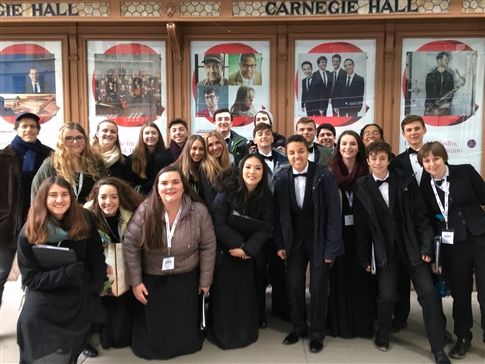 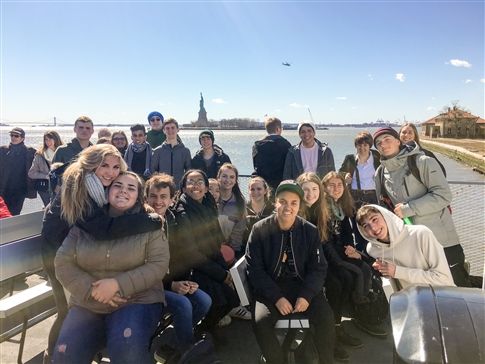 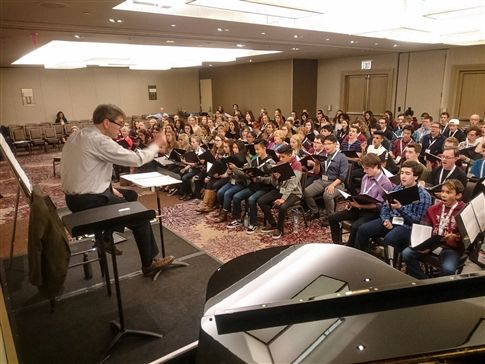 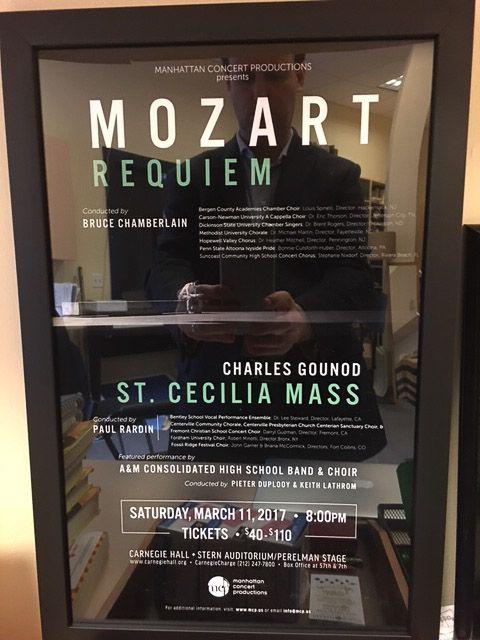 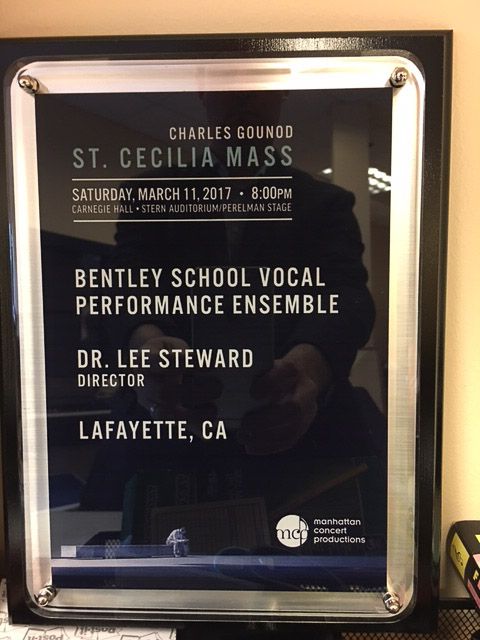 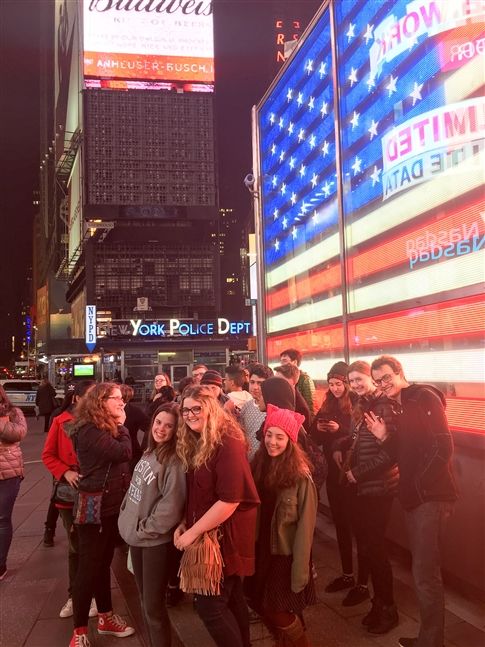 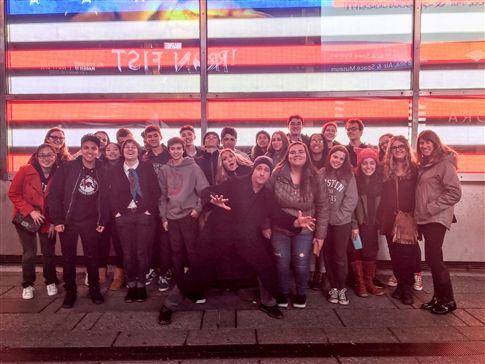 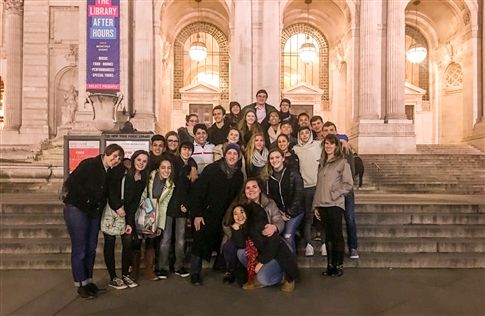 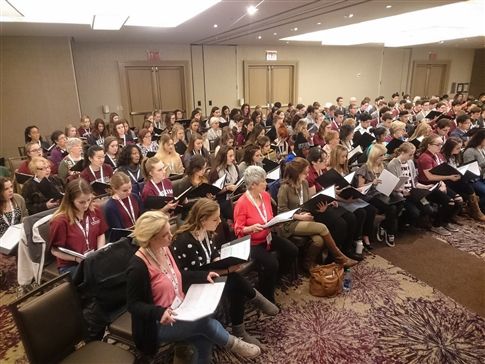 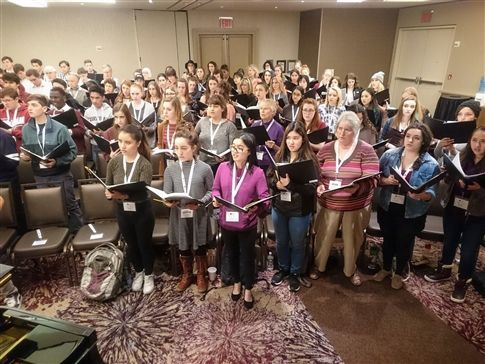 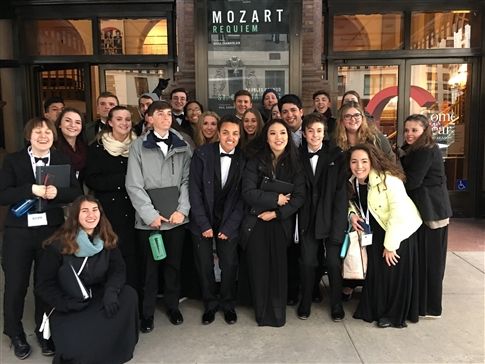 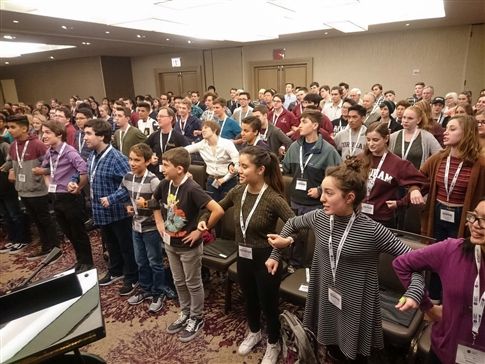 3/17/2017
Dr. Lee Steward, Upper School Performing Arts Department Chair, Music Teacher
The Bentley Vocal Performance Ensemble had a wonderful trip full of memorable musical moments in New York City during the second week of Mini-Term. Students spent the first week of the Mini-term rehearsing for our Carnegie Hall performance, Charles Gounod's "St. Cecelia's Day Mass," and learning about the specific topics of immigration and migration in New York. Ensemble members started learning the mass in August and performed the first half at the Winter Concert in December.
The first day, we visited the Statue of Liberty and investigated Ellis Island, discovering relatives that went through the iconic immigration landmark. Next, we traveled by subway (all 28 of us) to Harlem, saw the Choir Academy of Harlem (where Dr. Steward had taught) and visited Langston Hughes’ home. Seeing Hughes’ typewriter, letters, and desk, and spending time in the place where he created many of his famous works was a privilege.
After a walk through Harlem, we arrived at The Schomburg Center for Research in Black Culture, where we came into the presence of Langston Hughes’ remains and his iconic poem, “Rivers.”  We were awed by the Black Power exhibition that documented an important movement that shaped American awareness of and respect for the black experience. The movement created many important traditions including Kwanzaa. That evening, we attended an emotional musical, "Dear Evan Hansen," a story showing how a high school lie can break the hearts of an entire community.
The next day, we started an intensive series of rehearsals, including 200 singers, with our festival conductor, Dr. Paul Rardin, Director of Choral Activities at Temple University. That evening, we saw the fabulous drummer Billy Hart and his jazz quartet. They gave us new insights into improvisation and free jazz style.
The day before the concert, after a four-hour rehearsal, we were fortunate to see some of the world's finest musicians at the Metropolitan Opera during Mozart's opera, "Idomeneo," conducted by the world renowned conductor James Levine. It was an amazing performance.
As our Carnegie Hall performance approached, we excitedly attended one more rehearsal and thoughtfully prepared our bodies, minds, and spirits for the momentous opportunity. At the performance, the Bentley Vocal Performance Ensemble truly shone, giving a passionate and beautiful performance. We ended the evening with an after performance celebration at Planet Hollywood.
The performance at Carnegie Hall, the shows and performances we attended, and the cultural history we learned about during the Mini-term are emblematic of the transformational learning in which we take pride and doubtless created lasting memories for our talented students.
Back